It’s ok to have questions. We will try to give you all the answers. If you don’t want to spend your holiday in hotels, coaches, crowded beaches, limited tours then let us know!

Our sailing week in the lovely Croatia begins in Split or Trogir, and our recommendation is to stay for another day in Trogir because it’s too nice not to explore it enough. During this time spent on the Adriatic Sea, museums, medieval citadels, palaces, but also crystalline beaches and bays, caves, lagoons and much more are waiting for us. About the “party party party” side we will not reveal to much but there are going to be some amazing parties.🙂

Split is the second largest city in Croatia, an ever-crowded city, top destination among tourists around the world, perhaps the most fascinating port of the Adriatic Sea, a remarkable city that abounds in history, a city where you can admire different cultures like the Byzantines, the Venetians, the Austrians, but also the wisdom of the Greeks and the ingenuity of the Romans.

In the medieval quarter of the city we find museums, galleries, imposing cathedrals, but most famous is the Palace of Dicletian, which is actually a whole fortified city built of white stone.

We can not leave Split without wandering around on the medieval streets full of colorful shops and fancy restaurants. 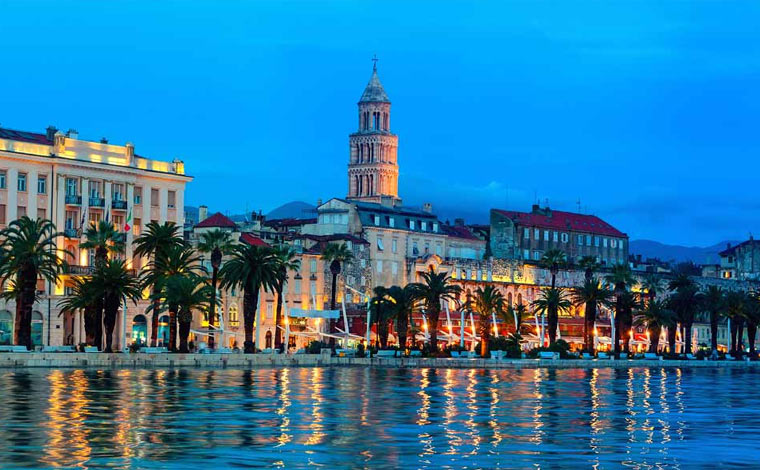 Milna – This is a typical fishing village with a population of 800 people, is the ideal location for a bit of peace and relaxation after the visit and the nightlife of Split. Exquisite beaches, crystal-clear bays, all perfectly bound to ensure a perfect day.

Stari Grad – Croatia’s oldest town, dating back to 384 BC, the historical heart of the island of Hvar, is a city where time has no precise notion, where you can miss the hours on the streets full of old stone houses. 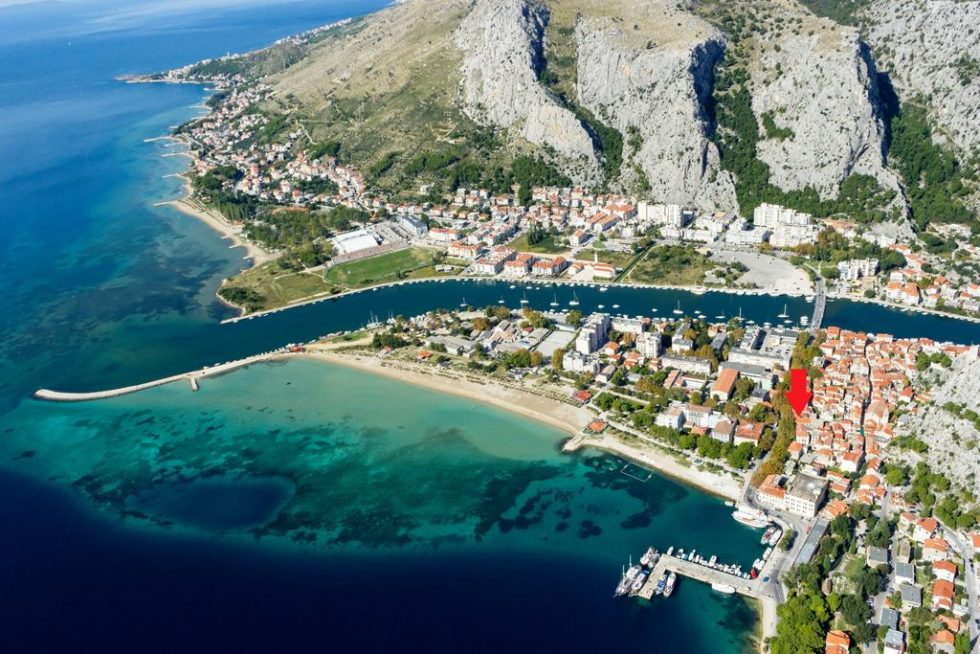 Hvar – It is the most visited island on the Dalmatian coast, is the island with the most tumultuous nightlife, the island where Venetian architecture is still present even in nightclubs. Here in Hvar, things are clear … Party Party Party … on the beach, to beach bars, on the yachts, in the nightclubs, generally everywhere.

Komiza, Vis – It is a fishing village on the island of Vis, where we will make a stop, we will rent scooters or cars and we will visit the town of Vis, 12 km away. During the day we will anchor in the secluded bays and explore the famous caves in the south of the island: The Blue Cave and The Green Cave. We have to make sure we get to the middle of the day so we will make the most of the magical color of water in the cave given by the light that penetrates the ceiling.

Upon returning to Trogir we will stop at the famous Blue Lagoon for a bath and, why not, a nice and quiet lunch on the yacht. Here you should have a snorkeling mask and tube because we can swim between the three islands (Drvenik, Krknjasi Veli and Krknjasi Mali). 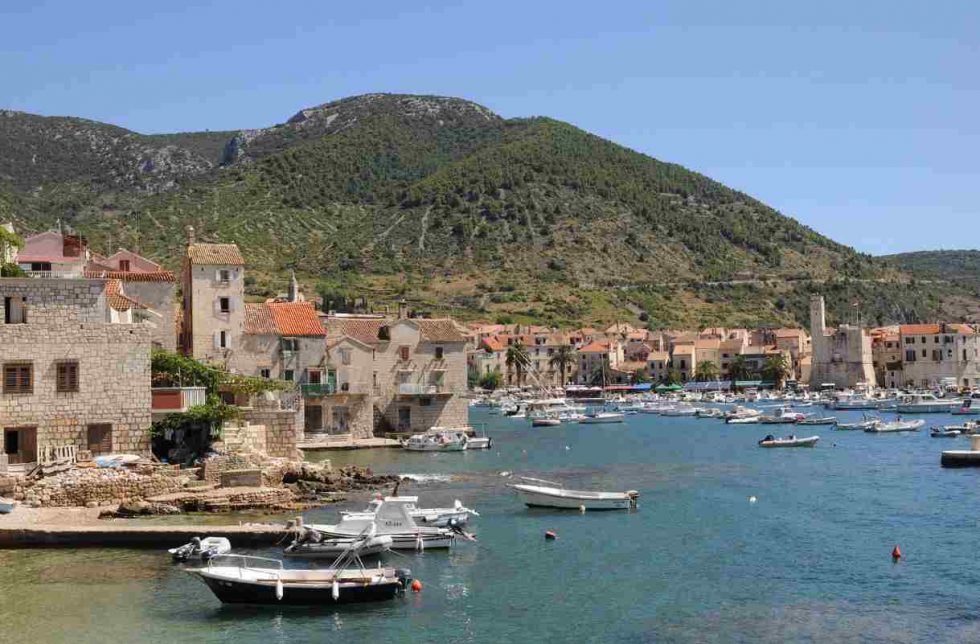 Vis – The most remote and untouched island of Croatia was opened to tourists in 1944 and was the headquarters of Tito. As a result, there is plenty of historic architecture in Vis, including Fort George, a restaurant and a complex set between the ancient walls of a British fort built in 1813. The panoramic view of the bohemian garden is as fantastic as the food, and this will be among the most memorable moments of the week. 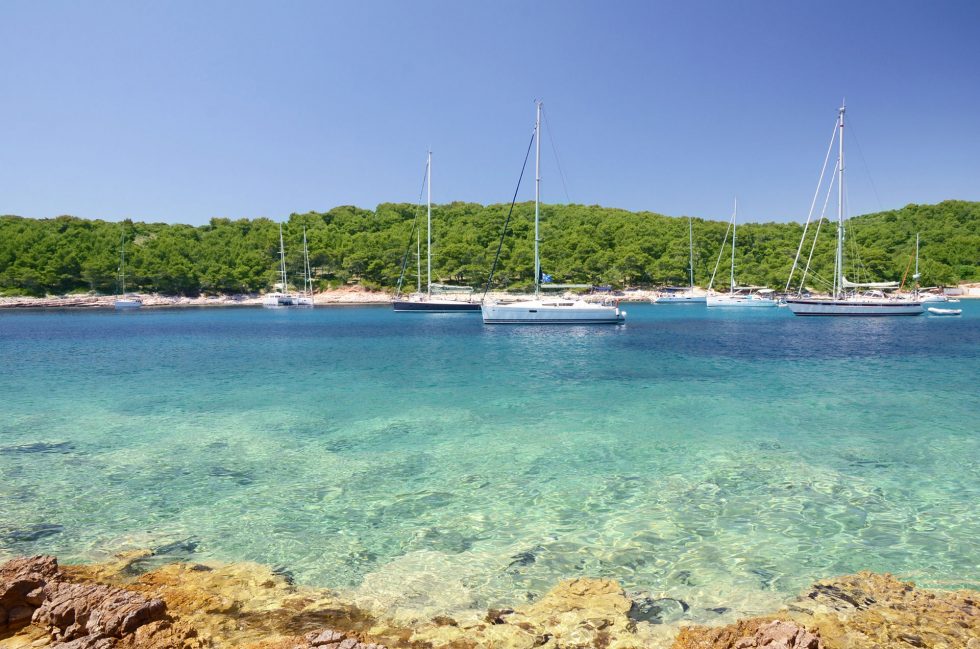 Trogir – Since 1997, it has been included in the Unesco Patrimony and there are plenty o good reasons why. It is the Dalmatian coast jewel. We can say that it is a must-see if you come to Croatia. Our recommendation is to spend another day, until Sunday, in this real open-air museum. 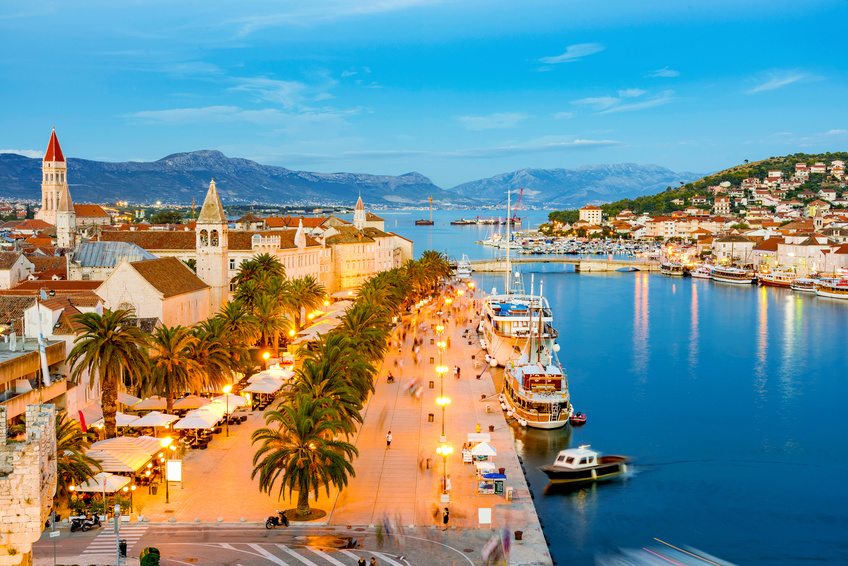 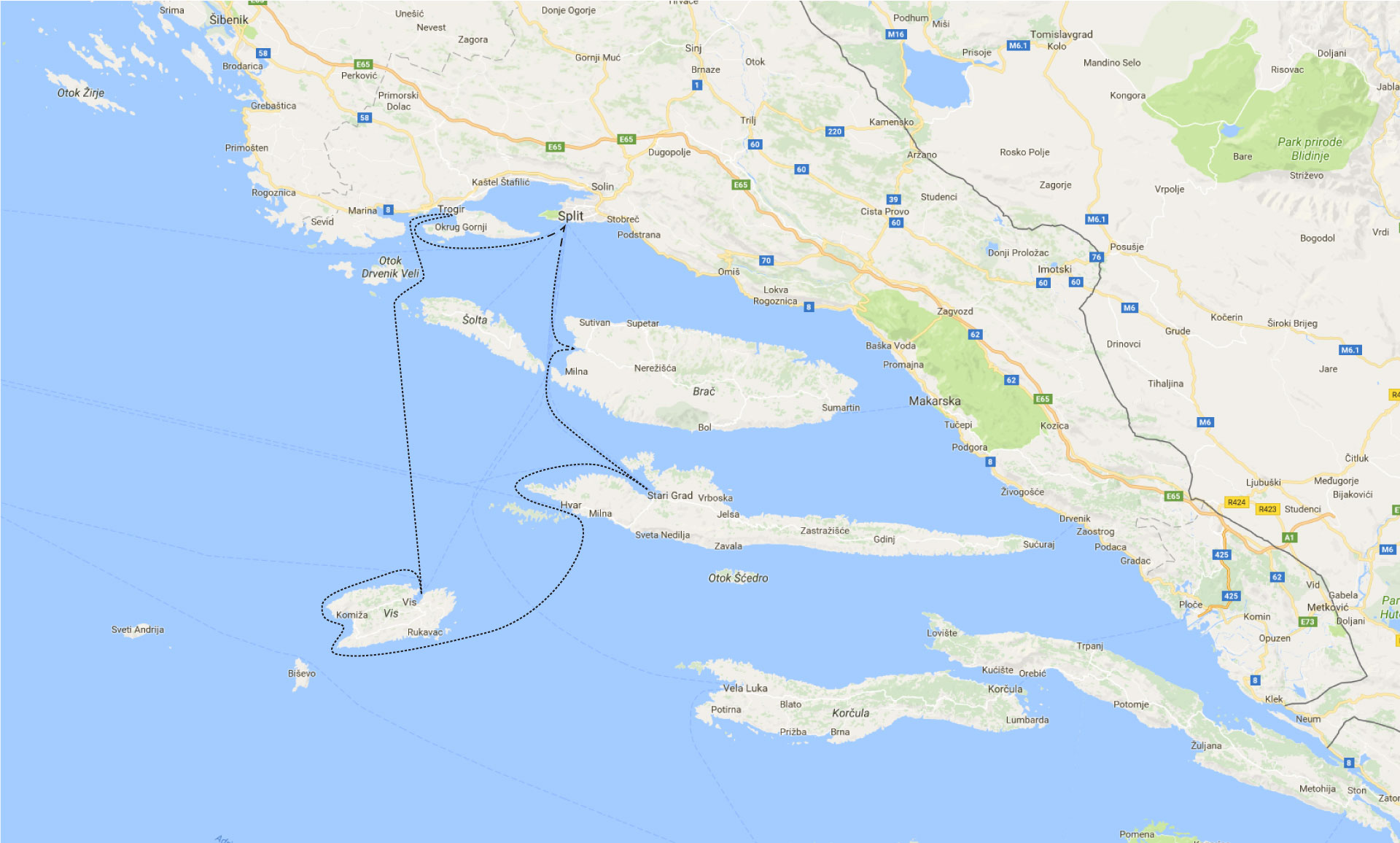